Prof. Michael Hudson on Hillary Clinton and the US Elections

Donald Trump has grabbed headlines by claiming Hillary Clinton’s email fiasco is “worse than Watergate.” To the horror of liberal America, Trump promised in the second debate that Clinton will “be in jail” for her emails if he becomes president. These are the kinds of polemics that capture journalists’ attention, but they aren’t very helpful for those looking for a thoughtful historical and legal explanation of the email controversy.

Clinton’s emails have returned to the headlines because of FBI director James Comey’s recent letter to Congress announcing that he has discovered emails from Clinton’s aide Huma Abedin that “appear to be relevant” to the FBI’s investigation. Clinton supporters condemned Comey’s admissions that “the FBI cannot assess whether or not this material may be significant,” that he is unsure “whether they contain classified information,” or whether any of the emails even retain “importance to our investigation.” His vague language was used by critics to frame Comey as throwing his hat in the political ring, attempting to tilt the 2016 election toward Donald Trump. Democratic Senator Harry Reid suggested that Comey may have violated the Hatch Act of 1939, which prohibits federal employees from actively supporting election candidates. Comey’s actions, at the very least, run contrary to longstanding precedent at the Department of Justice and FBI to not get involved in electioneering in the months before election day.

Read also:
Trump Announces Summit Meeting With Kim Jong-un Is Back On

When talking to a group of Black and Latino teenagers, it’s become clear that the 2016 election campaign seems more than a little strange to most of them. Just a year or so shy of being able to vote themselves, almost all of them admit being influenced and encouraged by Black Lives Matter and other movements for progressive social change. But they seem largely unmoved by the rivalry which is being termed by pundits “the most important election of our lifetime.” As a historian and teacher, I tried to look back at past electoral battles – including some very strange ones – to gain insights on the gaps we face today.

Almost one hundred years ago, an outsider who would make Bernie Sanders look like a typical Washington bureaucrat received almost one million votes – even though he ran his campaign from a prison cell, with buttons which read “For President: Convict No. 9653.” Socialist Party candidate Eugene V. Debs was doing time because he was a staunch anti-militarist – much more than merely being in favor of gun control – and advocated resistance to the draft during World War I. Though hardly a threat to the mainstream parties, Debs’ 1920 campaign influenced many people (including women, whose nonviolent suffrage struggle prevailed and they voted across the entire country for the first time in US history).

Read also:
Claiming Baltimore is not a mess just because ‘racist’ Trump said it will lose Democrats votes

Don’t be afraid. Watch. The capacity to commit fraud exists; stop arguing about who’s using it, get it out, and in the meantime for this election, pay attention to vote-counting any way you can. Find out if you have ballot images and make sure they’re preserved for public record. Many officials destroy them because they can’t be fixed to match digital vote-shifting.

Accounting software was built into Diebold’s original digital counting system (Global Election Management System, or GEMS.) It has since migrated to ES&S, Sequoia, and Dominion, tallying votes in their DREs and their optical scanners. To work with the accounting software and use it to apply desired percentages to outcomes you only have to
1) know it’s there
2) know how to use it
3) have access before or during an election
4) know how to cover your tracks

Bennie Smith, the researcher who found the accounting program, was inspecting databases that Bev Harris had obtained in a court settlement some years back. (whole story at www.blackboxvoting.org)

He found a few screens showing fractionalized election results and thought “this reeks.” He was familiar with accounting software, and found a menu feature that turned whole numbers into fractions and back again at the click of a key. You need this in accounting, where cents on the dollar require precise totals. But for one person one vote?

Read also:
Turkey support key as US seeks to hold on in Syria 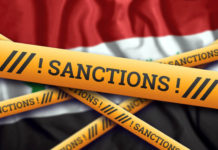 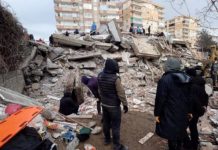 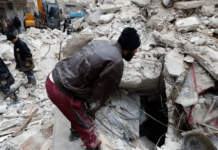 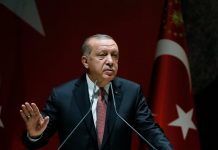 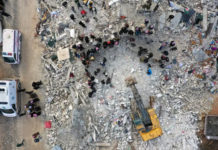