What are the main reasons you are against the idea of the referendum and of the independence of Catalonia? Do Catalans not have the right of self-determination?

I’m not against the idea of a referendum. I’m against this referendum, called without agreement with the central institutions, against the will of half of the regional parliament and against both the Spanish legal and constitutional framework and the rules set by the Commission of Venice (Council of EUrope).
As for self-determination, it is obvious that Catalonia does not fulfill the requirements for it (a colonial situation, oppression, etc.).This does not exclude the possibility of secession, should a large majority of Catalans so desire  (which is not the case today)

We have seen the central authorities in Madrid behaving in quite an authoritarian way towards Barcelona and the people supporting the holding of the referendum. How do you comment on that?

The reaction by the central Government is unacceptable. First of all, because it aims at simple repression. Secondly, because it wants to “start a prairie fire”, thus preventing the emergence of “intermediate proposals”, such as those defended (with varying levels of enthusiasm) by Podemos or the PSOE. The Rajoy cabinet aims at producing a simplified debate, of a “black vs white” type. The complexity of reality demands more nuanced  solutions.

What social strata are for and against independence in Catalonia?

Support for independence increases with age and with income. It is stronger in rural areas than in the main cities, and is especially strong among people of purely Catalan family origins. (data can be found at the website of the regional Government polling centre, the “Centre d’Estudis d’Opinió”, CEO)

What are the wider strategies in which the demands for independence or the opposition to them are embedded?

I have already mentioned the “partisan” nature of the strategies of the central government, which aim at  delegitimizing the more moderate proposals of the left opposition.

How do people in other regions of Spain regard the Catalan independence demands?

Some sympathy, some strong opposition, and a widespread lack of information. But the situation has perceptibly improved compared to 25 years ago: there is more sympathy and support.

What is a working, viable alternative way of organizing relations between Catalonia, Madrid and the other regions of Spain? How should one proceed towards it?

In a country as complex as Spain, a global solution should include elements of a “federal” nature; recognition of the existence of “cultural nations” within Spain; and  a positive effort to present plurality as a common good for all Spanish citizens (and not a privilege for some)

What is your prediction for the way events will unfold?

It is quite unpredictable. You will not find optimistic forecasts, but I refuse to believe that things will end up badly. But serious damage has been done to institutions and relations between people, and this takes a long time to heal (In Quebec, for instance, wounds from the 1995 referendum are still open).

The interview was taken by Dimitri Konstantakopoulos 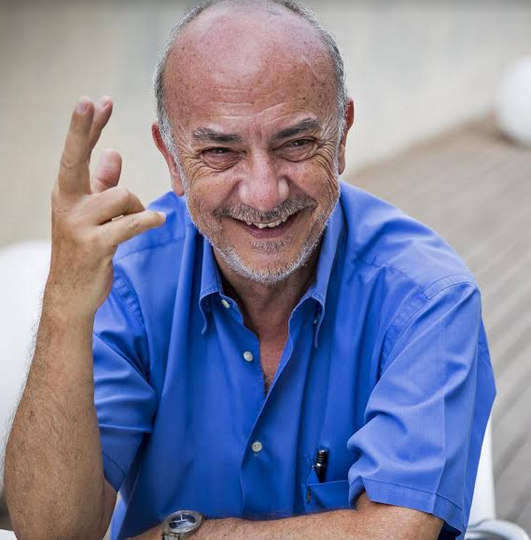 Professor of Political Science at Universitat Autònoma de Barcelona, and currently Dean of the Faculty of Political and Social Sciences.
Former member of the Catalan Broadcasting Authority (2000 – 2006), and chairman of EPRA ( 2005 – 2007)
Main fields of research: political parties; public opinión; media.
Awarded by the French Presidence of the République as Officer of the Order of Academic Palms.
Currently chairs a non-partisan ngo called “Federalistes d’Esquerres” (Left Federalists”)

Some recent international publications include:

“Broadcasting Regulation in Europe. A Theoretical Design for Comparative Research”